It’s Zach’s turn to choose a new restaurant for us to try and he picks Takohachi in the International District. Mostly because it has the best sign ever; a bright red octopus wearing a bandana. As we pull up to the restaurant I notice the octopus has a tubular nose that seems oddly familiar. Zach points out that it looks like Q*Bert and it does!

We get inside and it’s a teeny, tiny restaurant that isn’t too clean, but something smells delicious so we sit down. The menu has mostly hot-pot noodles, with a few katsu-type dishes, teriyaki, curries and two types of sushi rolls. In addition to the items listed on the menu they have really cute hand-drawn pictures of the Winter specials.

Zach orders one of the Winter specials, Chiri-Nabe, which is described as a tofu and noodle hot-pot with chili vinegar sauce and your choice of fish or chicken or both. I chose the Tonkatsu with curry.

Zach’s hot pot comes out and it’s beautiful in its blazing hot iron pot. It looks deceptively simple and plain until you taste the broth. The broth is amazing with a slightly sour taste from the vinegar. The noodles seem like they must have been marinated in something or cooked in the broth because they’re so flavorful.

My katsu plate is gigantic. It looks like there might be a pound of beautifully breaded pork. The curry sauce is good as well, not too spicy or interesting on its own, but great with the crisp and juicy pork.

Halfway through our meal I notice a sign advertising homemade furikake (my new favorite condiment), so we order a dish to sprinkle over our rice. Granted, I haven’t had many experiences with furikake, but this one is the best I’ve had. Nice and salty because of something that looks and tastes like salmon jerky. I try and order some to go but then decide to head over to Uwajimaya and see what kind of furikake selection they have.

Our entire bill was under $17 and the lunch prices are even cheaper. They also do take out, so I’m thinking I’ll be frequenting this place. 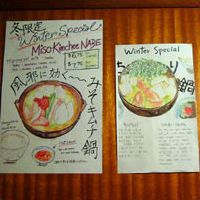 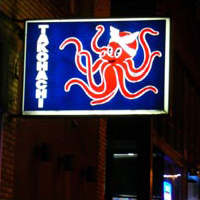 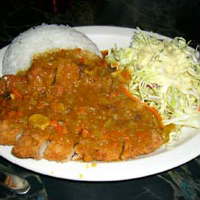 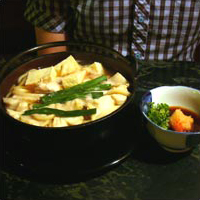