Zach invited me to his holiday work party this weekend and I was excited to go and meet his co-workers. He had signed up to bring appetizers, so I thought I’d make Chile-Lime Shrimp and Zach decided on a bacon/date combo—always a good pairing in my book.

We started out at Big John’s PFI, because Zach has never been and it’s been too long between visits for me. I walk in and eye the frozen food case. I want real-butter puff pastry and frozen meat balls, but we have a long day ahead of us and no refrigeration (I really need to get a car fridge). So we head on to the canned and dried goods sections. I honestly want one or two of everything, but I use restraint and only pick up weird canned seafood (cuttlefish in its own ink, baby octopus in garlic and codfish in biscayan sauce), canned San Marzano tomatoes, Papadams, canned sweet fried peppers and Moretti polenta. I’m heading to the check-out counter, when I spot Heinz Baked Beans—I didn’t know you could get them in the states, so I’m elated to find them for a proper English Fry-Up! We, sadly, avoid the cheese case except to pick up a log of honeyed goat cheese for the date recipe.

Then we head into Sun Ya for dim sum. It was definitely good, but somehow not as great as the first time we went. Plus, they were out of baked hum bow.

Next stop Uwajimaya. At this point, we’re short on time and should be hurrying, but I had to stop in every aisle and look at all the strange food. Zach found some beautiful, plump dates, so we loaded up on those. We didn’t think we’d have enough time to get to Mutual Fish, so I had to settle for Uwajimaya shrimp. While looking for cilantro, I stumbled upon sea beans and fresh white truffles and slipped them into my cart. I passed the deli case and saw these packages wrapped in taro leaves. They were Hawaiian and filled with pork, so two of those went into my cart as well. We also needed white elephant gifts for the party, so we chose some Chococat merchandise.

After a few more shopping stops, we’re headed home to get ready and prepare the food. Although both recipes are fairly easy, it was time consuming to peel the shrimp and pit the dates. So, we get to the party (out in Issaquah) a little late, but in time for dinner. They had a spiral cut ham and soft rolls, so I was happy, but some of the other dishes were pretty funny. Cooked-to-death vegetables, boxed stuffing, a frozen lasagna that someone hadn’t even bothered to take out of the plastic microwave dish and bagged iceberg lettuce with Hidden Valley ranch dressing.

The dates that Zach made were by far the best thing at the party. They were pitted, then stuffed with a toasted almond and honey goat cheese, wrapped in bacon and broiled until golden brown. Absolutely sublime. Although we both agreed that the next time we make them, we’ll chop the nuts and mix them with the goat cheese—biting into that almond was a leap of faith for some of the guests, as it really seemed like you were eating the pit. The Chile-Lime Shrimp were my second favorite; sweet shrimp with a salty-spicy marinade skewered with a rich avocado garnish.

After dinner came dessert—more pre-packaged things from Costco. Don’t get me wrong, I like Costco baked goods. All I’m saying is that if I were serving them, I would at least take them out of the plastic containers. After dessert, we did the white elephant exchange. Zach ended up with a book on the history of condoms and I took home the Chococat coffee mugs.

Then we went to the second party of the night—Zach’s librarian group party. Woo-hoo, right? But no, it wasn’t what I expected. We ended up doing oyster shots and drinking Sailor Jerry Rum and Cokes with people nicknamed ‘Dirty’ and ‘Snatch’, until Zach had an asthma attack and I had to rush him home.

And totally not food related, but a funny story: I gave Zach my apartment keys so he could get in to use his inhaler while I parked the car, but we both completely forgot about my alarm. So he gets in and the alarm goes off. And it’s LOUD. Guardian Security calls and hangs up on him because he doesn’t know the passcode.

So I walk in and Zach has the phone in one hand and his inhaler in the other, looking bewildered. The alarm is blaring and my cat is cowering in the corner. And it’s probably midnight, so I’m sure my neighbors are really happy. I call the alarm company, but I don’t know my pass code either, so after guessing a few times, they hang up on me.

Then I’m pawing through my filing cabinets trying to find the code and twenty minutes later call the alarm company back, begging them not to send the police. They finally like the passcode I give them and promise me the cops won’t show up.

I’m not sure how many more holiday parties I can handle this season. 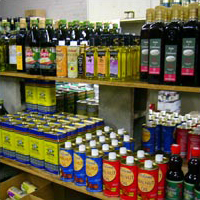 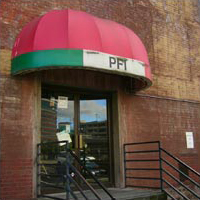 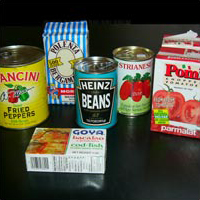 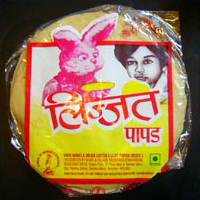 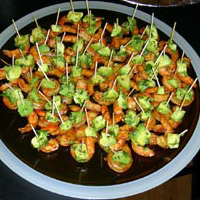 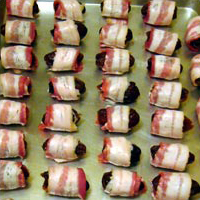