My Dad is still in town and he took my mom and me out for our customary fancy dinner. The last one wasn’t so great, so he let me choose this time. I had been wanting to go to Union since last Christmas, when I read the absolutely glowing review by Nancy Leson, whom I trust explicitly with my taste buds.

I used to work in the building above the restaurant and have seen the space in its many incarnations, so I was shocked and pleased that they managed to create such an inviting atmosphere. It was actually warm and dining companions were audible, despite the 30 foot high ceilings.

There were many, many delicious sounding items on the menu, but I figured the best way to get most of them into my mouth would be via the tasting menu. And a tasting menu wouldn’t be complete without an accompanying drinking menu (a.k.a. paired wines), so we ordered both. This was what we were served:

Very good with a strong artichoke flavor cut with cream and butter. It was oh, so very smooth; just the way I like my soup. This was served in a dainty espresso cup, but I wanted a vat of it.

The salmon was really moist and succulent—almost like gravlax. The initial taste of cold salmon and warm, grilled shitake was a little strange, but the aftertaste mellowed out.

This was FANTASTIC. I can’t remember the name of the oysters but they are transplanted from elsewhere (Japan?) and raised in Shelton, Washington. The first taste is the salt of the oyster, which turns creamy as you bite into it and then finishes with a fresh, clean taste from the mignonette. I am convinced now that oysters and cucumbers were separated at birth. They are so wonderful together, yet I would have never thought of pairing them. This dish was served with a sweet Riesling which was another unusual pairing, but it was perfect. Mom doesn’t eat oysters so she requested an alternate dish, which was a beautiful tower of salad and parmesan cheese sitting on oddly delicious and spicy ginger salami.

The waiter brought out bowls, each with a perfectly poached egg sprinkled with a little red salt. Then a gravy boat is used to pour in the soup, around the egg. The duck egg was runny and when you cut into it, the orange yolk blended into the soup. It was heavenly. I tend to love things with turnips in them, but for some reason I can’t pin down exactly what turnips taste like. This particular soup tasted a lot like an excellent vichyssoise.

This was my favorite dish—surprising, since my last experience with Sturgeon was not so great. I think the fish may have been bad or farm-raised (if that’s even possible with Sturgeon) because it tasted dirty, like catfish sometimes does. This Sturgeon was not like that at all. It was perfectly cooked with a flaky inside and a crisp seared crust. The Sturgeon came on a bed of black trumpet mushrooms, which I’ve never had before. They are now my favorite mushroom.

I was really excited to try this because I had been eying a similar recipe in my new Bouchon cookbook which paired duck and Brussels sprouts. The combination is amazing. I can’t even tell you why, but it’s delicious. The duck was beautifully sliced and fanned, so you could see the rare meat and the crunchy layer of perfect, crisp fat.

An ale-washed cow’s milk cheese from Belgium, served with a frisee salad and toasted walnuts. A wonderful, mild and creamy soft cheese.

This was a palate cleanser and even though I love mango, I really didn’t like this. The combo of mango and vanilla was altogether too floral—a lot like eating your grandmother’s hand cream, except that it was cold. Mom loved this, so she ate all of mine.

Here is a list of exclamations at the table after the first bite: Ohhhh! Amazing! Decadent! Luxuriant! Silken! Rich! Mmmmmm.

The tasting menu was $48 per person, plus an additional $40 with the accompanying wines. I can’t wait to go back as soon as the tasting menu changes so I can try more of Ethan Stowell’s amazing food… 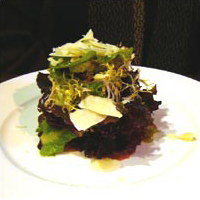 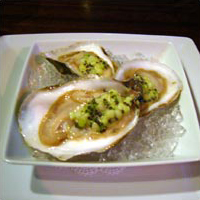 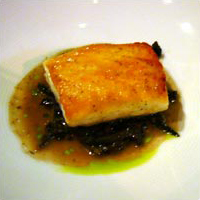 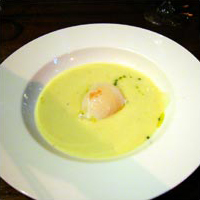 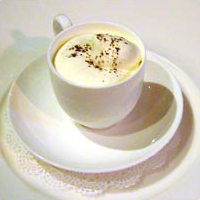 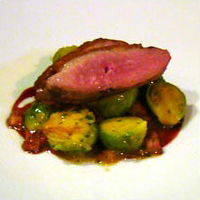