This weekend Zach and I went up to Whidbey to visit my mom. We left after work on Friday and didn’t get there until late, but mom had a great home-cooked meal waiting for us. We had thick-cut pork chops (braised in a porcini broth that mom transformed into an amazing, salty gravy), creamy mashed potatoes, broccoli with mayonnaise and my mom’s home-made applesauce—which Zach claimed was the best he’d ever tasted. She had also made a batch of chocolate-hazelnut biscotti, which are incredible. Everything was so good that it made me miss being a kid and getting to eat my mom’s cooking everyday. Sniff.

After dinner mom showed us her spoils from Sfoglia—a gourmet takeout place on the island that just went out of business. She had a table full of flavored and balsamic vinegars, cookbooks, chocolate bars, flavored oils, chutneys, jams, torrone, tomato sauces, quince paste and more. She had paid $88 for everything. Out of curiosity, we added up the retail prices and it came to over $600. Mom gave me half of everything, so I ended up with lots of great things… specifically the Chez Panisse Vegetables

The next day we went for a great beach walk at South Whidbey State Park. It was insanely cold (and therefore empty) but beautiful. We poked around the beach and found these beautiful chiton shells that were a brilliant turquoise color on the inside. Afterward, we checked out The Grange—a weird rental hall located just outside of Langley. It has a large kitchen so I was hoping that I could rent it for my Iron Chef party, but once the owner found out I was a Seattleite she jacked up the price. That’s one really weird (and annoying) thing about Whidbey; almost everyone hates “outsiders”. (Does anyone know of a cheap, commercial kitchen in Seattle that you can rent by the day?)

That night we ate pizza and played mah jong into the wee hours of the morning. I had heard several people talk about a great New York style pizza place on Whidbey called the Village Pizzeria. Seattle PI’s Penelope Corcoran actually called it “the best New York-style slice of pizza I’ve unearthed to date anywhere in the Puget Sound”. Uh, too bad I didn’t specify I wanted thin crust. Damn! It was still good, but my mom said that the thin crust pizza was much, much better. I ordered three different flavors; sausage, Hawaiian, and clam & garlic. The clam & garlic was surprisingly rich and delicious, and by far the best of the three.

The next morning I woke up groggy and before I knew what I was doing, I had offered to cook a waffle breakfast. Now usually I’m pretty skilled in the kitchen, but for some strange reason I can’t make a decent waffle to save my life (pancakes are even worse). I really don’t know what my problem is, but I’m going to blame it on shoddy recipes. This time I ended up with one or two perfect, crisp waffles, a few deliciously chewy ones, a few well-done ones and one that was so burnt that it shattered into pieces when we tried to remove it from the waffle iron. I know this doesn’t sound like a huge success, but the good waffles were so good. I think it was the secret, crispy waffle recipe that is found only in the 1970s edition of The Joy of Cooking (and here). It’s kind of involved and requires an insane about of butter and whipped egg whites, but the waffles were so good! We ate them with bacon and some maple butter that I had bought for mom during my last trip to Vancouver. The “butter” was made entirely from maple syrup, so it was like a whipped and condensed version of maple syrup; delicious and sweet.

Before heading back to Seattle we called my brother Ross in NY so I could catch up and hear about his recent trip to China. We had both been to China once before in the early ‘80s. It was before China had really opened up to foreigners, but we were able to visit because we were considered “Overseas Chinese”. Which is really funny because I was born and raised in Seattle and have no intention of ever moving to China. I guess they’re eternally hopeful that, one day, all Chinese people will return to the mainland…

Ross said that China had changed drastically and that everything was now very modern and luxurious—an extreme contrast to what we experienced before. He also said that it was much more colorful and that the people didn’t wear those awful drab olive uniforms anymore. I asked if the streets were still packed with bicycles and he said yes. Except that the bicycles are now cars and there are no driving rules. Basically if there’s an open spot in traffic you take it; it doesn’t even matter what side of the street it’s on.

I also asked about the food (of course). Ross said the food was really, really good—which I found surprising because on our first trip to China we could barely eat anything. I got incredibly sick from eating an entire bowl of garlic shoots (lord only knows why I thought eating the entire bowl would be a good idea). After that I only ate packaged crackers or fruit that I could peel myself. Everything was segregated so it was illegal for us to eat where the Chinese people ate and vise-versa. So our dining options were limited. Ross said that on this visit he ate almost every meal from street vendors. He tried frog on a stick and also a crepe with an egg cracked into it which was then wrapped around a donut. You could also get it wrapped around a hot dog. It sounds very bizarre to me, but he said it was delicious. 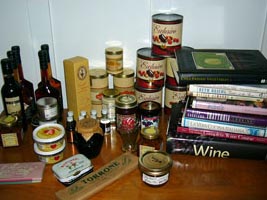 2 thoughts on “A rambling post about my weekend on Whidbey”