I received a surprise package from my brother and his girlfriend today. They had recently been to China and sent me something from their trip. The box was small, rectangular, intensely aromatic and smelled suspiciously like pot.

I opened it up and it was two bottles of real Szechuan pepper! You know, the kind that has been banned from import into the United States. There was also some shrimp paste and a cookbook called Land of Plenty: A Treasury of Authentic Sichuan Cooking.

I don’t think they could have gotten me a better gift. The book looks fabulous with lots of great recipes and information on all the different Szechuan cooking styles—I can’t wait to try out some of the recipes. They also sent a cute little origami pig kit. I was really excited to put it together until I opened the package and realized it consisted of about 500 scraps of 1” x 3” paper and no instructions.

I called my brother right away to thank him for the wonderful gift. He asked if I’d tasted the peppers yet. He sounded a little dubious, so I asked him if it was okay to eat them raw. He said to try just a little. I was wary, but I took a bite. The taste was like the smell but magnified by a hundred. My brother said to wait a second, so I waited and then my mouth went totally numb. Then the drooling started. My brother was asking me if I was okay but I couldn’t reply because I had my head in the sink, trying to keep the saliva off my shirt. Rinsing helped, but there was a piece stuck in my molar and I swear that it was making my tooth produce drool. I had to brush my teeth and wait about five minutes for all the effects to wear off. My brother was laughing hysterically.

For some reason, my parents had a shaker of MSG in the spice drawer when I was growing up. It looked like delicious salt through my eight-year-old eyes, so I shook some straight into my mouth. It was the most disgusting thing I’ve ever tasted. Quite similar to the Szechuan pepper experience in the sense that it enhances the flavor of accompanying foods but is not meant to be eaten straight. But I can’t wait to see how the peppers transform in a recipe. After I got off the phone with my brother I headed over to Zach’s to make him try one. 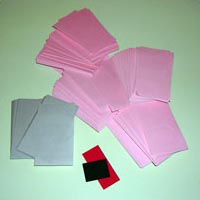 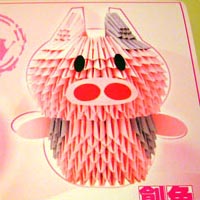 10 thoughts on “Presents from China”