A while back, I read Jon’s review of the Renkon Butter at Maekawa and it has stuck with me. So when Cindy from Food Migration said she’d be in town and wanted to meet, I suggested we try Maekawa Bar.

The restaurant is on the second floor of a very unassuming building. It was much smaller than I expected, but it wasn’t too crowded so we got a table right away. There were four of us and we all took turns ordering, but mostly followed the suggestions laid out by Jon. This is what we ate:

Takoyaki (octopus donuts) – This is one of Zach’s favorite things, but I find that they never taste fully cooked and have a wet batter texture that I dislike.

Renkon Butter (lotus root with butter and bonito) – This was my favorite dish, but mostly because it tasted like fried butter. The texture was odd and spongy, but I didn’t mind it.

Chinese Fried Chicken – This was bad. There was hardly any flavor and the chicken was so dried out that it was like chicken jerky.

Butasyabu (shabu shabu pork) – This seemed boring. Just thin slices of cooked pork that you dipped into a sauce. I could be jaded though… I wanted it to taste like hot-pot.

Greens wrapped in beef – I don’t know what these were called on the menu, but it doesn’t much matter because I won’t be ordering them again. They were okay, but again, way too chewy.

Chicken Croquette – We ordered this on the recommendation of the waitress because she didn’t think we had enough food for four people (we did). It was good, but too rich. It was a deep-fried egg about the size of my fist that was STUFFED with oozing, garlic cheese sauce.

Overall, I was pretty disappointed with the food—especially when the bill came to almost $70 with tip (and sake). But it may have been an off night in the kitchen. Or I could have built it up in my head too much. Either way, I still had a great time and was happy to have met Cindy. She’s an absolute riot. Somehow we got on the topics of eggs and I was telling her that both Zach and I recently discovered that we have a similar egg phobia; I’ve always been freaked out that one day I’ll crack open an egg and there will be a little dead chicken inside. So every time I’m cracking an eggshell and it meets a little resistance, I get squeamish.

Cindy gleefully added fuel to our phobias by telling us about Balut. I won’t go into detail here, but you can learn about Balut here:
http://www.asiacuisine.com.sg/Nacws/1998/9/314/ 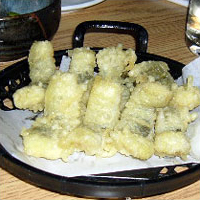 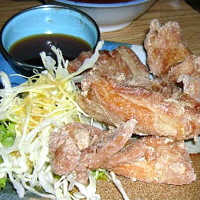 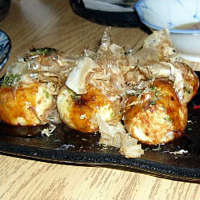 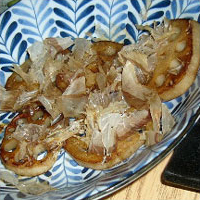 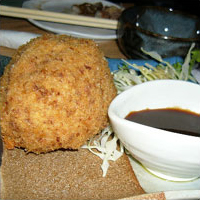 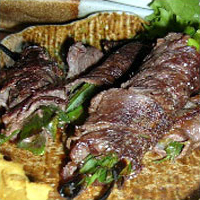