My grandma was turning 88 and we celebrated with a Chinese potluck. I was in charge of bringing appetizers, but was unsure if I would have time to cook anything. I asked my aunt if it would be okay if I just picked up some cha shu (Chinese barbequed pork). Her reply was, “Perfect… you know Yen-Yen’s 4 food groups are all meat!”

Ah ha. So that’s where I get it from…

Zach and I picked up some beautiful cha shu at King’s Barbecue House in the ID, which was difficult not to eat while driving home. I also decided to make some Sichuan nut recipes from the book my brother gave me. The first recipe I chose was Deep-fried Crispy Peanuts. The peanuts were deep-fried and then topped with Sichuan pepper and salt. They were really good; the perfect cocktail snack. Zach also wanted to try the Strange-flavor Peanuts. In Sichuan cooking, there are 23 basic “flavors”. Strange-flavor is described as salty, sweet, numbing, hot, sour, savory and fragrant. These nuts were somewhat caramelized and predominantly sweet with some notes of hot, numbing and sour. Again, very good, but the texture was too soft and I preferred the crunch of the deep-fried ones.

We arrived at my grandma’s early so that we could play several rounds of mah jong before dinner. She kicked our butts, as usual. Dinner was a feast with crab in black bean sauce, Yen-Yen’s Chinese fried chicken, prawns in tomato sauce, tofu with mushrooms and broccoli, glass noodles, a giant sushi platter, curried clams and deep fried tilapia with sweet and sour sauce. Dessert was a steamed egg cake with strawberries and Tillamook strawberry ice-cream. I love family dinners. 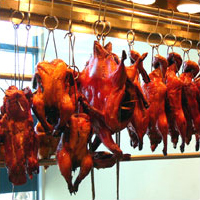 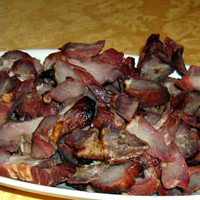 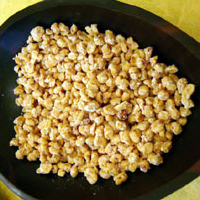 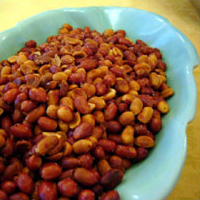 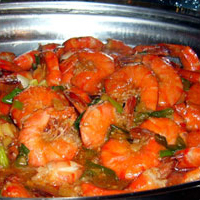 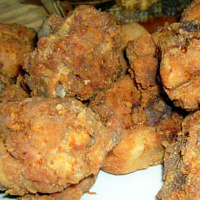 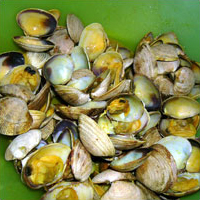 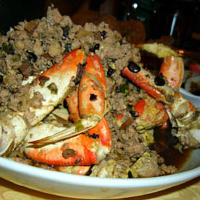