For K’s birthday, she wanted to throw an “Asian fusion” dinner party. I’ve lost track of what that actually means, but for this party it meant a Chinese and Japanese potluck. K was looking for a good rib recipe. I told her she had to make my uncle’s amazing Chinese-style ribs and I offered to help cook.

The night before the party I helped her marinate the ribs and make Scallop Dumplings with Garlic Chives and Pork Dumplings. I haven’t made dumplings before so it took me a while to catch on, but by the end of the night, my dumplings were almost pretty. (I found this handy guide after the fact.)

Everyone was asked to bring something that went with the Chinese / Japanese theme and we ended up with a wonderful feast:

B made his signature drink, called a Sneaky Steve. The crowning touch was a single Kasugai Muscat Gummy that was deposited in each drink. By the time you were done with the drink the gummy was extra soft and had soaked up the vodka. Delicious!

For dessert K had requested a fresh fruit and whipped cream cake from Sweet & Fresh Bakery. This is one of my all-time favorite cakes. 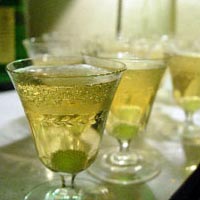 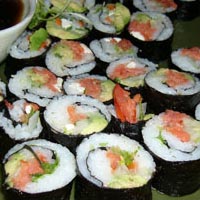 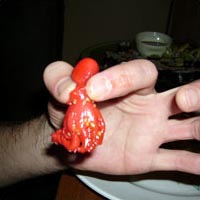 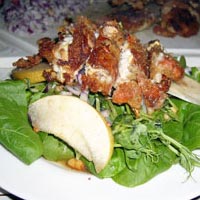 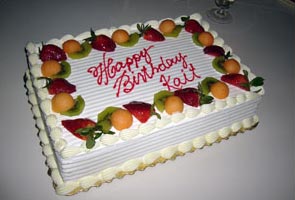