On our last full day in Newport, the weather had turned cold and stormy. After so much excitement crabbing the previous day, we were more than content to stay indoors and relax. Although, towards the end of the day I convinced K to go with me to the aquarium.

I had read rave reviews about the Oregon Coast Aquarium, so I was really excited to see it. I had even read that it’s one of the best aquariums in the country. If this is true, then we must have some lame aquariums. Or maybe I’m just spoiled by my last visit to the Vancouver Aquarium. The Oregon Coast Aquarium tank displays seemed terribly uninspired and even the informational displays were as bare bones as possible. The two things that I did like were the circular tank of seductively lit jellyfish and the gigantic octopus. The octopus gave us quite a show, coming out from his hiding place to demonstrate wall climbing techniques.

Later that night, we thought about eating at one of the fancier places in Newport—April’s or Saffron Salmon. We stopped by both to check out the menus. They sounded great, but in the end we decided that our room had the best view in town and, on a whim, I had brought up a few frozen pot pies from my freezer.

Let me just say that these are no ordinary pot pies. They are pot pies sent down from the heavens. They are made from scratch with tender, perfectly cooked chicken, fresh vegetables and amazing homemade gravy. And if that isn’t enough, they are topped with a buttery, puff-pastry crust and sprinkled with a touch of paprika. I wish I could say that I had made them, but I actually bought them at A&J Meats on Queen Anne. It had always been my intention to perfect my pot pie recipe, but once I discovered these at A&J’s, I just gave up; it seemed impossible to improve upon them. That is until K mentioned the lobster pot pie recipe in Ina Garten’s Barefoot Contessa Cookbook. I may need to try that one… 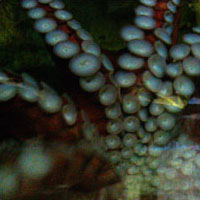 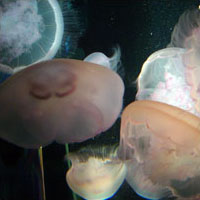